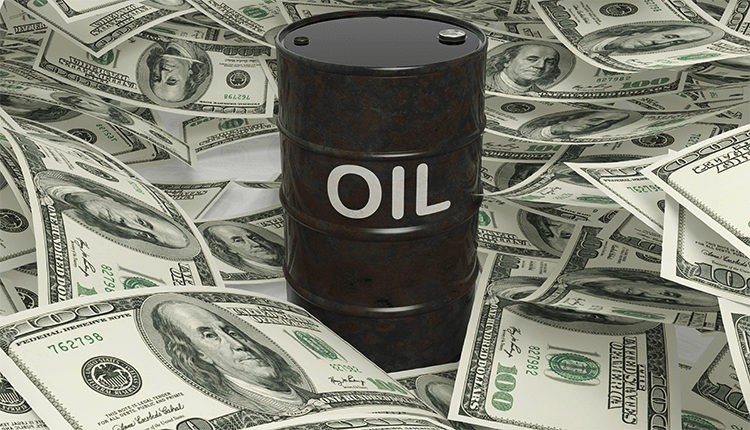 West Texas Intermediate futures contracts for September delivery dropped by 0.39% this morning and traded at $73.33 a barrel.

Both benchmarks are heading to mark increases close to 2% during the week.

Coronavirus cases have increased in the United States, Asia and parts of Europe. However, analysts said that higher vaccination rates would limit the need for strict lockdowns and closures that devastated demand during the worst period of the pandemic last year.

Meanwhile, OPEC reported that its crude oil basket closed yesterday at $74.42 a barrel, compared to $73.57 on Wednesday, representing an increase of 1.15%.

Besides, weather forecasts expect cooler weather and less heat into the eastern part of the US.

Still, analysts expect the heat to return the following week. Natural gas is likely to find support at 3.874 and resistance at 4.187.

The price of gold rose more than 1% on Thursday. It happened after the president of the Federal Reserve, Jerome Powell, assured investors that a rise in interest rates is not expected at the moment. It has caused the dollar to fall to the lowest in recent weeks.

According to analysts, the gold market seems to respond to its natural indicators such as the dollar decline and the state of US Treasuries. Gold has found resistance around $1,825 an ounce.

Silver seems to follow the movements of gold and has surged by 2.5% to $25.55 an ounce, its highest level since last July 19.

Jerome Powell, the president of the Federal Reserve, said that the US labour market has yet to recover before the central bank begins to withdraw support programs. The Fed is far from considering the possibility of raising interest rates again.

Low-interest rates are pushing down both the dollar and bond yields, increasing the appeal of safe-haven assets. Following Powell’s comments, the dollar fell to its lowest level in the last months.

ANZ Research points out that increased uncertainty about monetary policy, inflation and the growing risk of volatility in capital markets should favour investors’ demand for safe-haven assets.

Copper prices on Friday increased in the futures market since the spot demand for the red metal recovered.

Copper contracts for August delivery traded with an increase of 0.15% to Rs 758.65 per kg on the Multi Commodity Exchange.

Soybean and corn futures increased due to the concerns about drought conditions that could eat into the yields.

Dry weather is holding back spring wheat from the United States, supporting wheat prices globally. Despite the production complications in some key countries, global wheat production is forecast to reach a record in the new season. So, the supply is likely to remain abundant despite the production cut in some regions of the US and Russia.

Analysts say that although the climatic projections for the coming weeks indicate the return of the rains and the cool weather. However, these have yet to be confirmed. The truth is that, to date, no significant rains have occurred in the last two weeks. Although the humidity of the soils was adequate and prevented deterioration in the crops, it has begun to decrease due to the high temperatures.