Overall, yesterday’s Fed meeting was on the neutral side and while the Fed had acknowledged that there had been some progress towards their goals, Chair Powell made clear that substantial progress has yet to be reached. That said, with little surprises from the Fed, my view remains that some taper excitement can be expected at the next month’s Jackson Hole Symposium, a rather fitting time as it would mark the anniversary of the announcement of average inflation targeting.

A neutral Fed has done little to support the greenback which resides at the July lows, while real yields hover around the record lows, both factors, however, bode well for Gold. In turn, I am bullish on the precious metal with the view of a return to 1900. Although, what has taken me by surprise has been the rather lacklustre price action in the precious metal, despite the two variables for Gold becoming increasingly bullish. In the meantime, Bitcoin has gone from strength to strength since the false break of 30k, subsequently testing 40k. Now while I don’t look at Bitcoin in isolation, I do look at it for its relevance and possible implication in other markets that I watch, such as gold. That being said, given recent price action, perhaps the cryptocurrency has taken some of the shine away from gold. Unlike prior periods of above average inflation, gold now faces greater competition to grab the attention of portfolio managers.

Gold vs US 10YR Real Yields 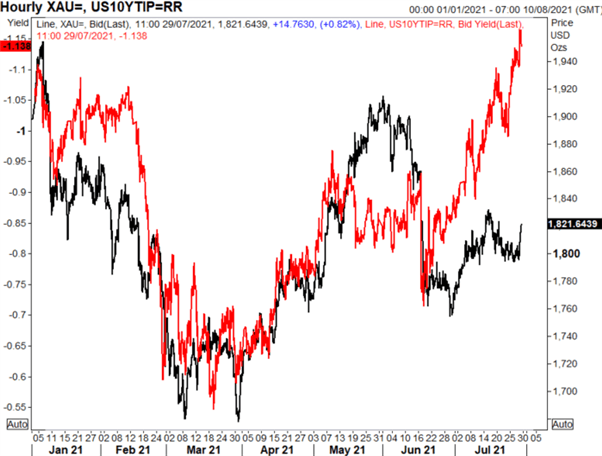 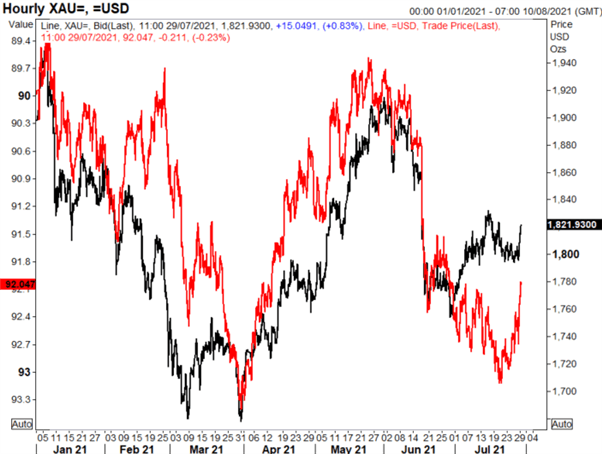 Taking a look at the technical front, the 200DMA (1820) has capped upside, for now, should this break, additional resistance resides at 1830-35 (prior rejection zone). As I said previously, as real yields attempt to find a bottom and with the USD extending losses, my view is for a return to 1900. On the downside, support sits at 1790 while the view for upside will be negated should the precious metal close below 1760. 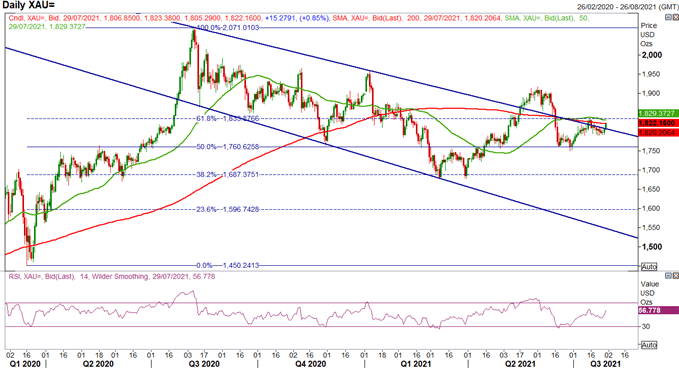