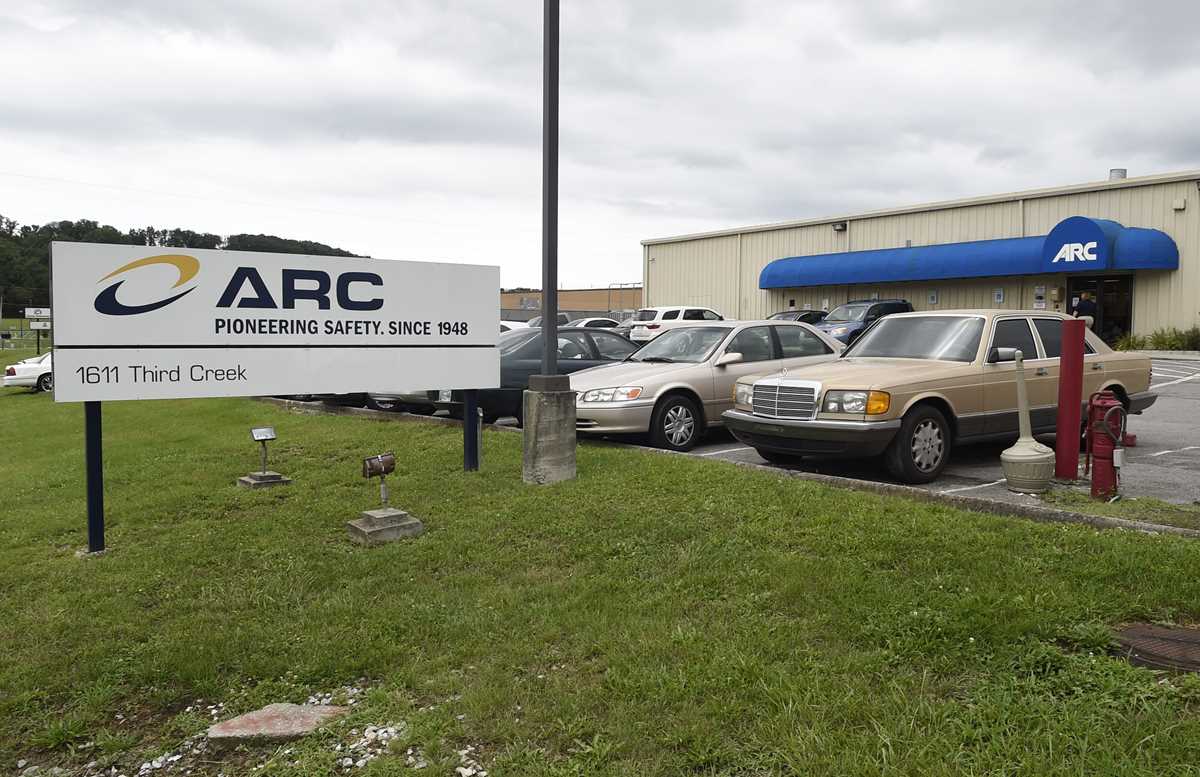 FILE- This July 14, 2015, file photo shows the ARC Automotive manufacturing plant in Knoxville, Tenn. A second person has been killed by an exploding air bag inflator made by a Tennessee company that has been under investigation by a federal agency for more than six years without any resolution. On Wednesday, Oct. 13, 2021, the National Highway Traffic Safety Administration posted recall documents filed by General Motors that revealed the second death, the driver of a 2015 Chevrolet Traverse SUV with an ARC inflator that blew apart, spewing shrapnel. (Adam Lau/Knoxville News Sentinel via AP)

DETROIT (AP) — A second person has been killed by an exploding air bag inflator made by a Tennessee company that has been under investigation by a federal agency for more than six years without any resolution.

On Wednesday, the National Highway Traffic Safety Administration posted recall documents filed by General Motors that revealed the second death, the driver of a 2015 Chevrolet Traverse SUV with an ARC inflator that blew apart, spewing shrapnel. No details were given about where and when the death occurred.

NHTSA has said that ARC Automotive of Knoxville has manufactured about 8 million inflators used nationwide in vehicles made by General Motors, Fiat Chrysler (now Stellantis), Kia and Hyundai.

Some auto safety advocates say the investigation has dragged on for too long, and is an example of deadly consequences of an understaffed and underfunded agency.

“NHTSA should have been all over this along time ago,” said Rosemary Shahan, president of California-based Consumers for Auto Reliability and Safety. “There’s just no denying that it’s a (safety) defect.”

The second death should not have happened, and vehicles with faulty ARC inflators should have been recalled faster, Shahan said.

“This is what keeps me awake at night, knowing that a lot of times they wait until there’s a fatality or terrible injury before they act,” she said.

The agency, Shahan said, is “grossly underfunded,” but it still should have sought recalls of the ARC inflators. She said historically NHTSA has taken little action during Republican administrations but has ramped up safety efforts when Democrats control the White House.

Messages were left Wednesday seeking comment from NHTSA and ARC.

The GM recall covers 550 Chevy Traverse SUVs from the 2013 through 2017 model years, as well as Buick Enclave SUVs from 2008 through 2017. The automaker said in a statement that the faulty front driver’s air bag inflators were either installed at the factory or in replacement air bag modules.

The world’s $11.85T healthcare space has been waiting for tech like this. See why this health disruptor and its revolutionary AI is the wave of the future.

GM documents posted by NHTSA Wednesday show that the company is recalling cars with inflators from the same manufacturing lot.

“We make safety recall decisions based on data,” spokesman Dan Flores said in an email. “Based on our investigation this recall only covers the 550 vehicles included in this field action.”

Customers will be notified about the recall by letters starting around Nov. 22.

GM has said previously that 1.2 million of its vehicles had ARC inflators.

NHTSA, the agency charged with with keeping America’s automobiles and roads safe, began investigating ARC inflators in July of 2015 after two people were injured by flying shrapnel. The investigation became more urgent in 2016, when a Canadian woman driving an older Hyundai Elantra was killed by metal air bag fragments.

Public records show only a little progress on the probe. In April, the agency posted a memo in saying it was reviewing volumes of information it received from ARC.

ARC inflators are similar to dangerous devices made by bankrupt Takata Corp. of Japan. Both use ammonium nitrate to create a small explosion to inflate the bags in a crash, and both can blow apart metal canisters that hold the chemical. But unlike Takata, ARC uses ammonium nitrate only as a secondary method of inflating the bags.

Ammonium nitrate can deteriorate when exposed repeatedly to high temperatures and humidity, and it can burn too fast, making explosions larger.

At least 19 people in the U.S. and 28 worldwide have been killed by exploding Takata inflators. More than 400 have been injured in the U.S.

In the most recent recall, GM wrote that it found out about the death on Sept. 2 and it decided to do the recall on Oct. 2. Documents say a GM investigation has not identified any other inflator ruptures involving vehicles involved in the recall.

In 2019, GM recalled 1,145 Chevrolet Malibu sedans from the 2010 and 2011 model years after finding out that a driver had been injured by an exploding ARC inflators.

Jason Levine, executive director of the nonprofit Center for Auto Safety, said manufacturers have tried in the past to limit the size of recalls, only to add more vehicles later as they did at the start of the Takata cases.

“Despite allowing its 2015 investigation to lie dormant, hopefully NHTSA will act on lessons learned from its Takata experience of defective inflators used by multiple manufacturers,” he said.

Before you consider , you’ll want to hear this.

MarketBeat keeps track of Wall Street’s top-rated and best performing research analysts and the stocks they recommend to their clients on a daily basis. MarketBeat has identified the five stocks that top analysts are quietly whispering to their clients to buy now before the broader market catches on… and wasn’t on the list.

While currently has a “” rating among analysts, top-rated analysts believe these five stocks are better buys.

Companies Mentioned in This Article